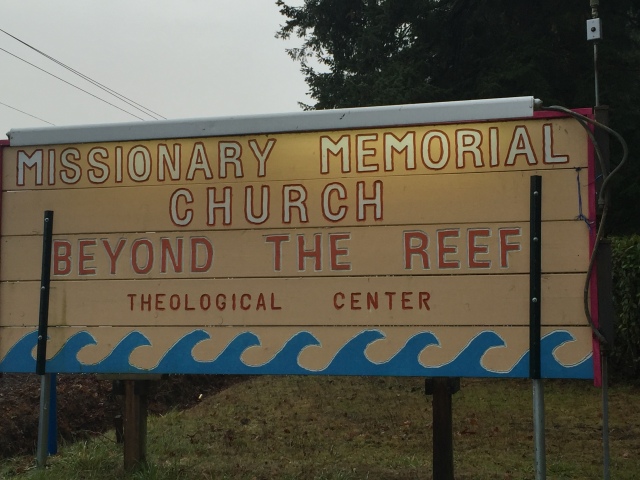 A public records search indicates the sale involved two adjacent lots of 11.42 acres and 5.12 acres, closing in May, 2015. The selling price was $2,150,000 with the purchaser named as TLM Holdings, LLC. Ted Millar is named as a manager. Public records also indicate Ted Millar is involved with locally owned Southend Air Park and Westwood Development.

State corporation documents show the earliest registry date for the organization named Beyond the Reef Theological Center as February, 1977. Since that date, their Aurora location was used as a meeting place for the faith-based organization, which included housing and a worship center, Missionary Memorial Church.

Online information about Beyond the Reef Theological Center underscores their calling as a non-profit organization based in Aurora, Oregon, with a mission for ministry to Micronesians who live in the Pacific Northwest and on Pacific islands half a world away.

No readily available future plans for the property appear to have yet been publicly disclosed.